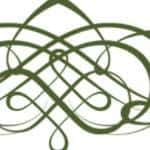 It was another wild and volatile week in the equity markets this past week, although the turbulent activity was tempered somewhat by the lack of trading volume. Stocks started out the week on a weak note, and rebounded slightly to end mixed on Friday. What really threw cold water on the stock market this week was the ugly weekly jobs report, which showed 500,000 new jobless claims. That is appalling given how much time has passed since the “recession” officially began in December 2007. It is also disconcerting that we have had so little economic progress, despite the trillions of dollars that the Federal Reserve and the Treasury have thrown at the economic meltdown. Only time will tell if those trillions could have been better spent elsewhere, or perhaps even the case of not having spent them at all.

During last Friday’s schizoid session, three of the four major indexes breached their August low, although the Nasdaq escaped that dreadful fate. On the week, the Nasdaq edged up a slight 0.29% and the Russell 2000 eked out a 0.2% gain. However, the Dow Jones Industrial Average fell 0.87%, while the NYSE composite and the Standard & Poor’s 500 each lost 0.7%. Given the economic malaise as of late, stocks are wilting faster than our Alabama foliage. The Dow Jones Industrial Average suffered its second week of consecutive losses and is now off by -2.06% for the year. The Dow is negative territory for the past week, month and now year. Things don’t look so rosy for the other major indexes as well; as the S&P 500 is down by -3.89% for 2010, and the Nasdaq Composite is in the red by –3.94%. Meanwhile, the smaller-cap stocks as represented by the Russell 2000 index, clocks in with a -2.3% year-to-date reading. During these hot and muggy days of August, investors continue to be reminded of lingering sovereign-debt concerns and weaker-than-expected economic data. With stocks enduring steep sell-offs following dismal regional manufacturing data and a continuing weak labor market, not only are our equity markets coming under pressure, but the global markets are suffering as well. Some pundits remain optimistic though, arguing that the market has focused too much on the short-term job numbers. Some of these ‘Pollyanna’ expect a pickup in both jobs and retail spending in the near future. However, the one fact that most prognosticators can agree upon, is that the increased volatility as of late will be a mainstay for the rest of the year. It was interesting to note that The New York Times reported this past Sunday, that the current economic uncertainty is determinedly testing Americans’ generation-long love affair with the stock market. It stated that investors have already withdrawn a staggering $33.12 billion from domestic stock market mutual funds in the first seven months of this year, according to the Investment Company Institute, the mutual fund industry trade group. Now many are choosing investments they deem safer, such as bonds. If that pace continues, more money will be pulled out of domestic mutual funds in 2010 than in any year since the 1980s, with the exception of 2008, when the global financial crisis peaked. Not exactly a ray of sunshine to say the least! The search for yield in the fixed income department is also getting tougher and tougher these days. Consider that the yield on the two-year Treasury note hit a record low of 0.455% last week, while the benchmark 10-year note sank to 2.531% and the 30-year bond’s yield hit 3.595%—the weakest levels since March and April of last year. And let’s not forget the two-year note which is now yielding less than 0.5% – worse than they did during the credit crisis. The cause, the already mentioned unexpected surge in weekly jobless claims and a dismal reading of the Philadelphia Fed August business index which restored fears of a double-dip recession. This caused mortgage rates to fall to their lowest level in decades for the eighth time in nine weeks. The average rate for a 30-year fixed loan according to Freddie mac is now down to 4.42 percent. That’s the lowest since Freddie Mac began tracking rates in 1971 This week we’ll be once again on the receiving line of both corporate and economic news data. Several U.S. retailers will report their quarterly results. On deck: Guess? Inc., Coldwater Creek, J.Crew Group and upscale jeweler Tiffany & Co. to finally close out the week. Also, Barnes & Noble Inc. is expected to report a big fiscal first-quarter loss this Tuesday as the bookstore chain struggles with a changing marketplace for books and other media With respect to economic data, economists expect that U.S. second-quarter gross domestic product figures to be revised down to 1.4% growth from 2.4% when the report is issued this coming Friday. And figures on July existing-home sales will likely decline from the 4.3% mark from June, and new home sales, are expected to rise a meager 2.4%. These reports are due on both Tuesday and Wednesday, respectively. As for other economic data, the government will detail July orders for durable goods – those expected to last more than three years – on Tuesday. Reports on regional manufacturing activity are also scheduled Tuesday from the Richmond Fed and Thursday from the Chicago Fed. And finally on Friday, we’ll close out the week with the University of Michigan consumer sentiment index which will release its final reading for August. Let’s just hope the bulls can regain some control over these markets during the last full trading week of the summer months. This forthcoming autumn could be a barn burner, especially when the majority of the traders get back from their vacations in the Hampton s. As we all know, after Labor Day, we’ll be in for a boatload of global and domestic data points so any sense of calm and quiet will be short-lived. Thus, keep those seat belts fastened tightly!