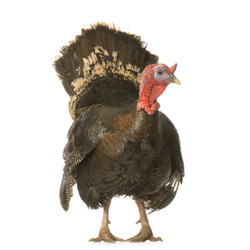 It was a ‘turkey’ of a week for all stock investors during the Thanksgiving holiday season, as indexes close down over the never-ending European-debt crisis, along with the congressional super-committee’s failure to reach an agreement on reducing the federal deficit. Stocks had their worst Thanksgiving week since 1942, the year the U.S. officially set the holiday at its current date. Investors have had to deal with an almost daily dose of bad news out of Europe, which is in the throes of a financial crisis that many prognosticators fear could spark a global contagion along the likes of the 2008 collapse of Lehman Brothers. About the only good thing that would be said for this past week, was the markets were closed on Thursday, and had an abbreviated session on Friday.

During the Thanksgiving week, indexes close down as the Dow Jones Industrial Average fell some 564 points, or 4.78%, to close at a level of 11,231.78. The Dow has now shed 7.6% in just the past two weeks alone, and has fallen for seven consecutive days.. Meanwhile, the broader Standard & Poor’s 500 Index slid some 57 points, or 4.69%, to end at 1,158.67. And for the tech-laden Nasdaq Composite, it was even worse, as it lost 131 points, or 5.09%, to close at a level of 2,441.56. Thus far in the month of November alone, the Nasdaq has dropped some 7%. The smaller-cap stocks were also hit hard as the Russell 2000 got clobbered by some 7.40%, and continues to lag all of the other major indexes.Unfortunately, the year-to-date figures for all of the major indexes are now all to the negative as follows: the S&P 500, down 7.87 percent; the Dow Jones Industrial Average, down 2.99 percent; the Nasdaq, down 7.97 percent; and the Russell 2000, down 14.99 percent.Treasury securities continued to roll along, as their rally is beginning to mystify more and more experts as the weeks go by. With a gaping hole in the U.S. budget; a deadlocked Congress; across-the-board spending cuts; and economic growth that has all but disappeared, Treasuries continue to rally. The benchmark 10-year note’s yield traded at 1.953% this past Friday, down from 2.01% the previous week. Earlier in the week, the yield plunged to 1.871%, its lowest since October 6. Meanwhile the 30-year bond’s yield traded at 2.901%, down from 2.99% at the end of last week. Remember, Treasury prices move inversely to their yields, so when investors flock to Treasuries, the price goes up and yields are pushed down.Heading into the final month of the year, stock investors can only hope that history might repeat itself. Historically, December is the second-best month of the year for stocks after July. However, this time around we’re dealing with a major sovereign-debt crisis that we’ve never seen before. During ‘normal’ times, the Standard & Poor’s 500-stock index has added an average of 1.46% in the month of December. This is the time of the year that sees many investors buying stocks to revamp their portfolios for the new year, and also to prepare for what seasonally are some of the best months for the market overall. The year’s final month often has what’s called the “Santa Claus rally,” a sharp upswing in the last trading sessions of the year and first few of the New Year. However, if Santa is a no show, a tough year for stocks could be greeting us once again.

As far as economic news goes this week, the developments surrounding the European debt crisis will dominate the week, with President Barack Obama discussing these vents at a Washington summit. Other data points will include the consumer confidence index which comes out on Tuesday, and hopeful will show some improvement from the low reading in October. Also on Tuesday is the Case-Shiller home-price index which unfortunately will probably be a disappointing number. Thursday brings us the November chain-store sales figures will be released and we close out the week on Friday with nonfarm payrolls. Here it’s hopeful that we’ll see a rise from the 115,000 figure in November. The jobless rate is seen as holding steady at 9.0%.

Hopefully all of you had a very enjoyable Thanksgiving holiday, and until next week, take care!!